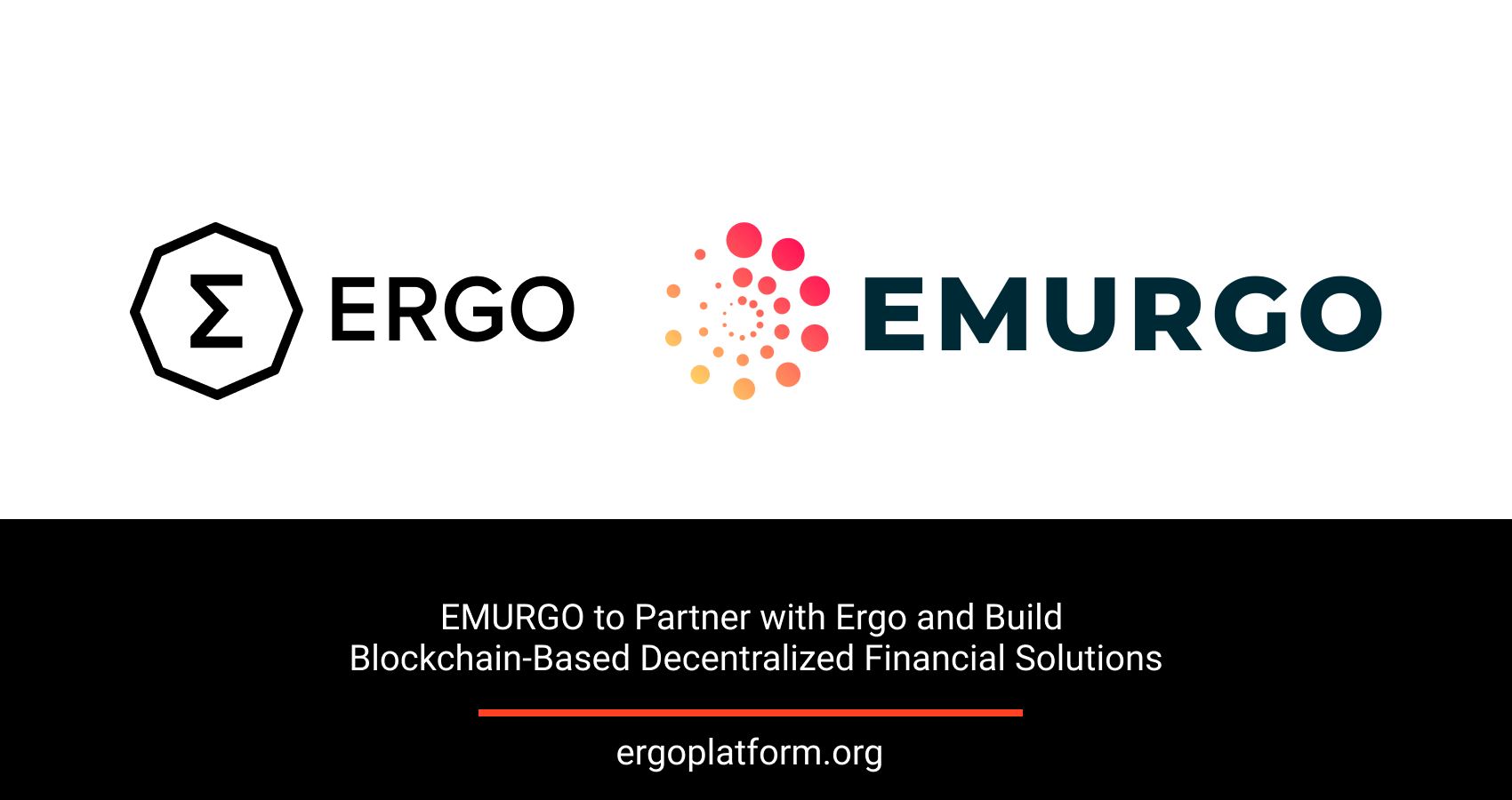 The collaboration will encompass a range of objectives – including exploration of a decentralised stablecoin solution.

Ergo, the smart contracts platform designed by former IOHK engineers, and Emurgo, a global blockchain solutions firm and one of the founding entities of Cardano, have entered into a partnership with the aim of furthering the DeFi space with ambitious new research and technology.

Both Ergo and Emurgo have a reputation for taking an academically-rigorous approach to development, basing their technology on peer-reviewed research by top cryptographers and blockchain specialists.

The purpose of the collaboration is the creation of new decentralised fintech applications, with a particular interest in enterprise users. One promising area of research and development will be a joint stablecoin project. Emurgo brings deep expertise in Cardano’s technical infrastructure, while Ergo’s team has pioneered UTXO-based smart contracts and Sigma protocols.

‘This is a fantastic opportunity to work with a well-respected technology partner, whose areas of expertise perfectly complement our own,’ comments Alexey Chepurnoy, the founder and lead developer of Ergo. ‘The values of the two organisations are closely aligned, particularly with regards to the emphasis on implementing the latest research. Moreover, integration with Emurgo’s Yoroi wallet will see Ergo placed before tens of thousands of new users, further improving the strength of the Ergo community and the decentralisation of the network.’

The company has offices and manages projects in Singapore, Japan, the USA, India, and Indonesia, and is a founding member of the Cardano protocol – arguably the most research-driven project in the blockchain space. Emurgo has recently launched a key piece of technology, the Traceability Solution, signalling its entry into the enterprise space.

The Ergo platform, meanwhile, is a proof-of-work based blockchain that takes a unique approach to smart contracts and dApps. Ergo builds on the strongest and best-established features of the Bitcoin protocol, adding extensive new features for DeFi.

These include UTXO-based smart contracts and Sigma protocols: efficient, zero-knowledge protocols that enable implementation of tasks that would be impossible, risky or expensive on other platforms. This includes out-of-the-box support for custom ring and threshold signatures.

Together, Ergo and Emurgo will develop solutions to meet the growing demand from forward-thinking enterprises, enabling them to improve efficiency, security and privacy. Interoperability between Ergo and Cardano will facilitate implementation of both bespoke and larger projects.