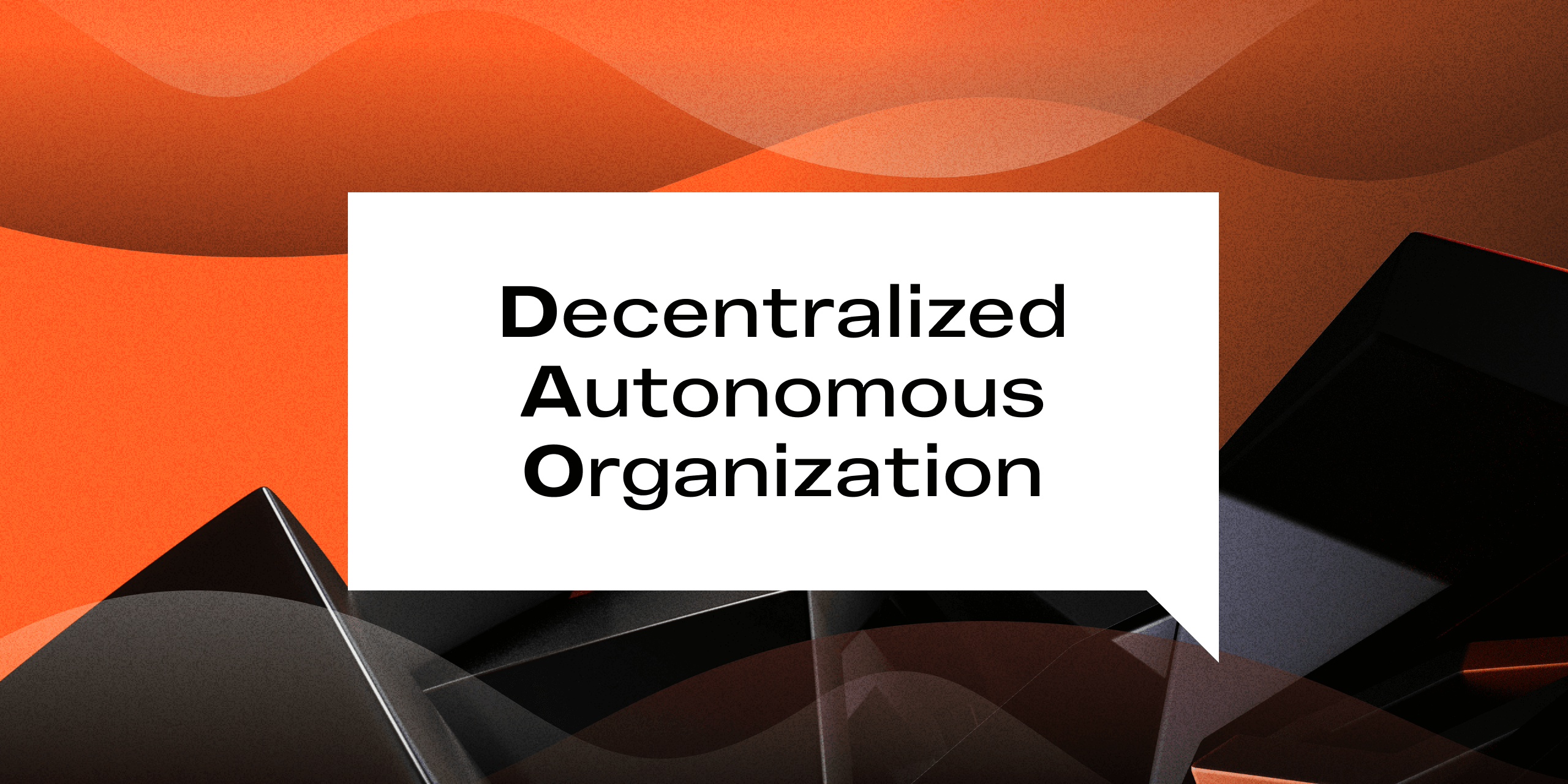 The innovations of the blockchain industry have the potential to affect numerous aspects of society. Imagine being able to vote in a government election via blockchain, or using the blockchain to help secure data records and identity solutions. The cryptocurrency sector has come a long way from just offering platforms for the transfer of money. Since the advent of smart contracts, developers and coders have enjoyed a renaissance, exploring the potential of what blockchain can create for the world. With open source smart contracts, blockchain has the capacity to all but remove greed and predatory interests from socio-economic constructs. Imagine a trustless system where numerous entities can work together to achieve like-minded goals without ever needing to rely on a single leader - a feature that often creates a centralized point of failure.

What are Decentralized Autonomous Organizations (DAOs)?

We are living that future now. Since the creation of smart contracts on Ethereum, numerous collectives have used smart contract functionality and multi-signature wallets to carry out shared goals and/or group activities.

Think of a DAO like a cooperative. Groups of varying sizes can agree to form a DAO - the size can start at several people and go up to hundreds, or even thousands of individuals. As a DAO, people can pool their time and resources in order to establish consensus for decisions and complete the goals of the DAO. A DAO allows a group to own their association, or community, without the need for a centralized leader(s).

Why Would People Use DAOs?

One of the biggest issues in the way the world transacts is that hierarchical structures and centralized entities control the largest share of money and data flow. In democratic elections alone, the voter is afforded the opportunity to elect their representatives. However, the average person does not have the power, or ability, to vote and comment on every bill that will be presented to their elected official during their term in office.

A DAO has the potential to democratize every decision and/or expenditure of a collective. It removes any question about the validity of a vote since the votes can be cast on the blockchain and no centralized entity is needed for a vote count. Blockchain technology and the emergence of DAOs presents a unique opportunity to rethink how we make decisions and acquire items.

How Do DAOs Work?

It goes without saying that no collective structure can ever truly be perfect. There will be disagreements and differing points of view. That being said, depending on how a DAO is structured, it can guarantee transparency and a truly democratic process. Imagine a group of investors (hypothetical scenario) are interested in forming a collective so that they may use their pooled financial resources to acquire assets that they may not have been able to acquire as individuals. Let’s also imagine that this group of investors wants to allow up to 500 additional investors to participate in this venture. It is safe to say that these people will need a structure for how they communicate, decide, and execute the purchase and sale of assets.

With a DAO, there will be no need to trust one person (or a few people) to make a decision or commit transactions. Each member of the DAO will have the ability to submit proposals to the membership for consideration and voting. This means that each member of the DAO has the potential to enact change within the DAO community. Members could propose changes to the rules that govern the DAO, or they could submit a proposal to increase the number of signers required for a multi-signature wallet. DAO membership could also propose what assets to buy, what to sell, and when to sell. The possibilities are almost endless and allow for the creativity of each individual to better the collective. When executed on the blockchain, a DAO offers anonymity to each individual since they can interact using their personal blockchain wallet.

Most DAOs that are currently active still function with some degree of hierarchy. If you are active on Discord, you may have come across several groups that operate their DAO on that platform.

Paideia and the Potential of Ergo

On the Ergo blockchain, the developers of ErgoPad are designing and building a DAO software suite called Paideia. A previous Ergo blog post offers an introduction to this new product:

“In their whitepaper, they discuss the reasons for implementing DAOs on Ergo. They also discuss different governance models, voting procedures, issuing of tokens, proposal management and other features that they plan to implement. It includes an optimistic voting mechanism, quorum voting with tokens, direct sale of tokens, airdrops and other features. For an accessible introduction to Paideia, the following episode of Ergo Pulse provides a concise overview.”

Recently, the Paideia team has released the interface for the financials page. From here, users can access token statistics for all of the DAOs on Paideia. Participants are able to connect their Ergo wallet and interact with the features of this website.

Looking Towards the Future of DAOs

The true potential of this technology is just starting to be unlocked. DAOs offer a new medium for discussion, discourse and consensus without the need to worry about centralized influence or bias. It is fitting that one of the leading tools (Paideia) for DAO development and deployment is being built on a blockchain that is designed to be the future of blockchain for all citizens. Although the Ergo Platform is overseen and guided by the non-profit Ergo Foundation, the goal is to one day have the Ergo community serve and operate as the custodians of the blockchain. The graduates of the Sigmanauts program already have an eye towards formally establishing themselves as a DAO on Ergo. Maybe one day in the not too distant future, the blockchain for the people will be overseen by the people.