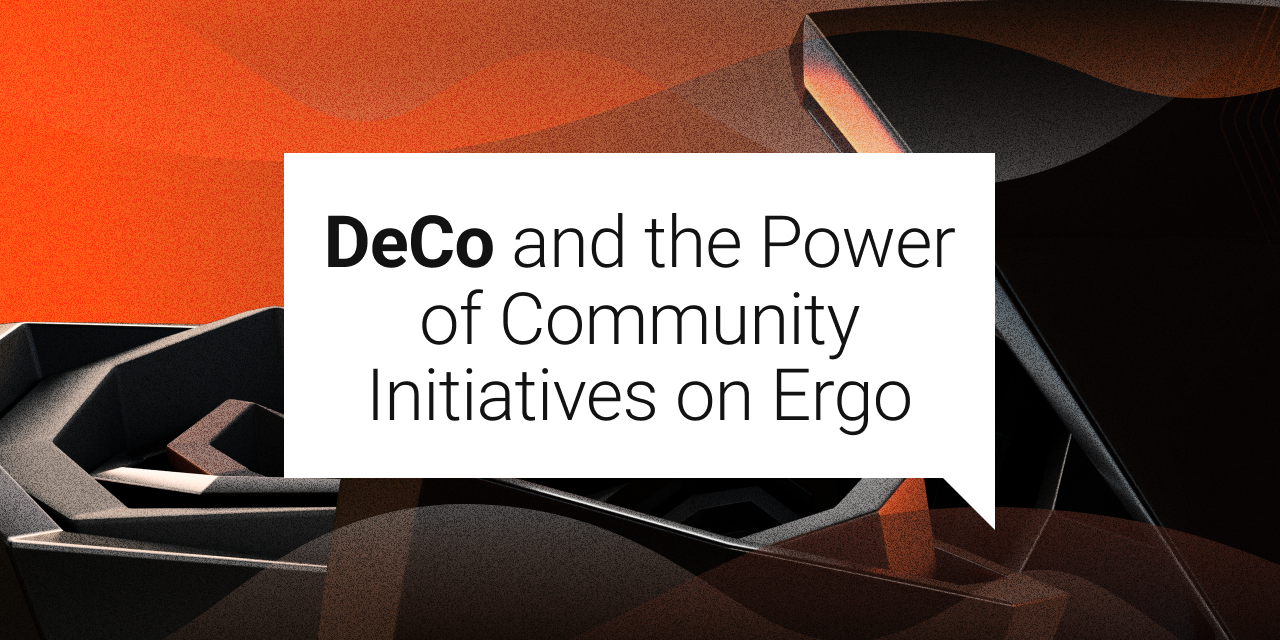 ErgoRaffle, an incentivized crowdfunding platform, had the Ergo community buzzing long before it ever even launched. Winning first place at the inaugural ErgoHack (June 2021), it was apparent that this elegant protocol was set to bring “novel solutions not seen before in the Ergo ecosystem” while adding “a lot of value for future developers to learn from as well.”

When it launched in beta in September 2021, it was immediately apparent that it was set to become a community favorite. In fact, while still in beta, twenty-one raffles were successfully completed for objectives ranging from supporting mining decentralization to philanthropic initiatives.

As Ergo Raffle left beta, more and more crowdfunding initiatives sought out this novel tool, and in the last few months over 4000 ERG has been raised.

Deco’s first fundraising raffle goal was set at 1115 ERG. Within days, this goal was met and surpassed thanks to the community’s enthusiasm and support for this initiative. The Ergo Foundation made a significant contribution and Ergo Raffle also endorsed this raffle by donating the 5% fee.

So what is DeCo (short for Decentralized Collaboration), and why has it received such a massive outpouring of support from the community?

DeCo (previously ErgoLearn) is a grassroots, education initiative first conceived by the team behind ErgoLend. The purpose of DeCo is to organize and offer interactive courses for anyone interested in learning more about Ergo and ErgoScript.

The first cohort of Deco students graduated the “Layman Course Batch #0” on February 26th and are already helping the ecosystem grow and thrive. Some have dedicated their talents to teaching, while others, like the team behind GuapSwap, are working on deploying their dApps. In the wake of this success, Deco is already welcoming new students in its virtual classrooms and planning an even more ambitious curriculum.

To continue and sustain their growth, Deco has organized their second fundraising raffle, set to end near the end of April. While the raffle goal is higher than the previous ErgoRaffle, so are the needs of DeCo as the influx of students and breadth of classes offered steadily increases.

The raffle’s 7064 ERG goal is based on the estimate to cover the following costs:

It has been mentioned on numerous occasions in the weekly AMA’s that education is essential to Ergo’s promotion. Ergo is novel with its native language and Sigma Protocols. It will take detailed and thoughtful education materials to assist in onboarding new developers and community members to help Ergo reach its fullest potential. As a community initiative, DeCo is helping to lead the charge, providing a platform for new Ergonauts to learn about the tools that can help unlock their creativity as they help build the future of blockchain.