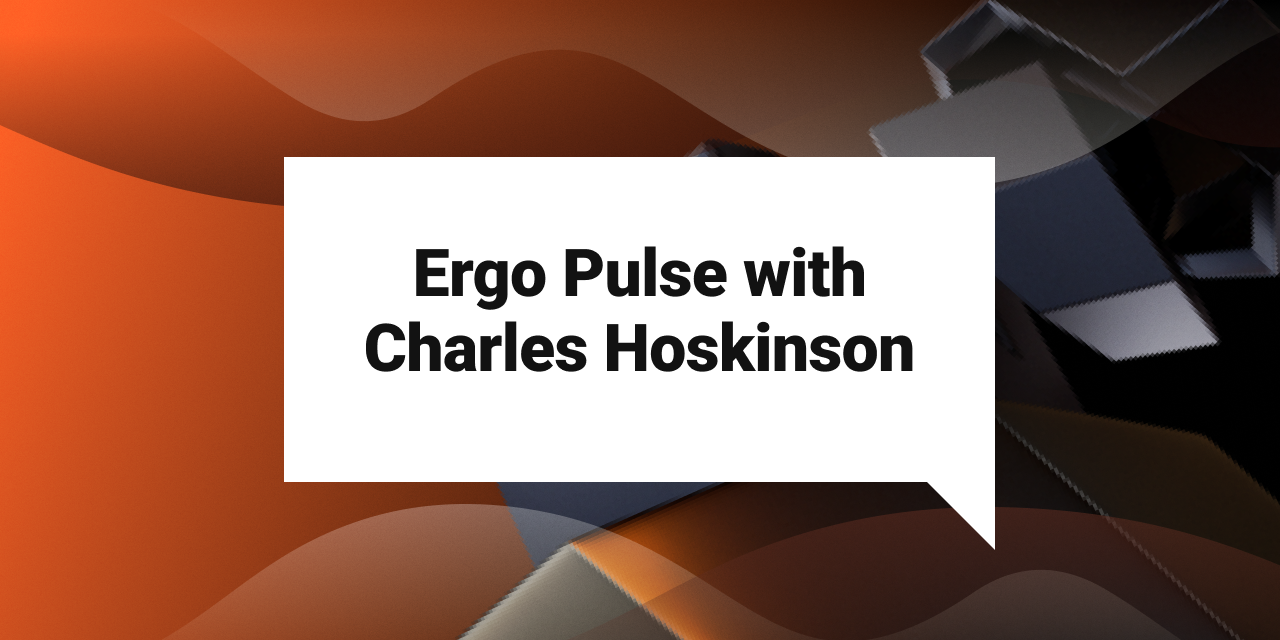 The Ergo and Cardano ecosystems have long enjoyed a spirit of collaboration and mutual respect. Both blockchains are eUTXO and possess a great deal of potential for interoperability now and in the future. The latest Ergo Pulse episode was truly a special treat for blockchain enthusiasts, especially those in the Ergo and Cardano ecosystems. While attending conferences in Dubai, Alex Chepurnoy and Dan Friedman were joined by Charles Hoskinson and Joseph Armeanio (who participated via remote feed) to record an in-depth discussion on the cryptocurrency industry. The resulting roundtable featured the four experts exploring numerous topics, including the first principles of blockchain philosophy and theories on the future of crypto.

During the episode, Hoskinson pointed out that he has “always loved Ergo” and considers the blockchain to be “the spiritual successor of Bitcoin.” Hoskinson explained that the spirit of Ergo and its community is quite analogous to the early days of Bitcoin. He fondly reminisced on how the industry used to focus on philosophies and the potential capabilities of blockchain technology. In his opinion, the industry is currently too focused on the immediate price action of tokens and NFTs instead of the continued development of blockchain capabilities. With Ergo however, he mentioned that it’s really great to see a project committed to researching new ideas and then building them out for real-world use cases. Hoskinson also drew direct parallels between Ergo and Bitcoin, highlighting that it has a fair distribution and a highly expressive scripting language - something that Bitcoin originally intended. He pointed out how Ergo’s Sigma Protocols and UTXO model “are consistent with an evolution of Bitcoin’s tech,” and that Cardano even looked to Ergo’s eUTXO research because development had been a little further along at the time. Ultimately, Hoskinson suggested that Ergo deserves much more “attention, respect, and liquidity,” and that the industry would be a lot further ahead if more blockchains took a page out of Ergo’s book.

Throughout the episode, Dan posed questions about economic policy, the weaponization of money through legacy systems, regulatory frameworks, Proof of Work mining, and much more. One of the more interesting discussions between the panelists dealt with blockchain interoperability and the implementation of CBDCs (Central Bank Digital Currencies). While exploring the topic of interoperability and the creation of the UTXO alliance, the discussion shifted to how stablecoins will play a significant role in the industry. Hoskinson proposed a scenario where CBDCs could revolutionize tourism economies while possibly laying the foundation for the implementation of a universal basic income model. While this scenario highlights a potential positive use case for CBDCs, the roundtable members also explored how CBDCs could negatively impact individuals and perpetuate the weaponization of money by centralized entities. Hoskinson suggested that CBDCs need to be implemented on open permissionless ledgers, and that Ergo and Cardano are two such projects with that capability. If centralized entities build the infrastructure for CBDCs, there will always be the risk that those entities could shut off, or limit, access to money.

The roundtable featured a discussion on Proof of Work (PoW) and Proof of Stake (Pos) as well as Ethereum’s proposed transition to PoS. There was a great deal of conjecture about whether Ergo will inherit a large share of Ethereum’s mining community and the four panelists discussed potential competitors, including Ravencoin and Ethereum Classic. Hoskinson presented many reasons why Ethereum is facing problems transitioning to PoS, and all four participants agreed that it will be hard to predict when Ethereum finally switches to PoS.

Towards the end of the episode, Dan asked the roundtable to share their thoughts on synergies between Cardano and Ergo. Hoskinson mentioned he would like to see more collaboration on the science of Sigma Protocols as well as certification standards of smart contracts. Cardano is currently exploring the concept of Useful Proof of Work, and Hoskinson mentioned that he would like the Ergo community to review the work and be a potential recipient of it. Chepurnoy discussed off chain collaborations between Ergo and Cardano. He talked about exploring Layer 2 solutions, including running ErgoDEX on Layer 2 for both Ergo and Cardano. Recognizing what has been created by Cardano, Chepurnoy admitted there are a lot of things to explore, including design patterns and choices in Plutus as well as Hydra implementations. Armeanio also reminded everyone that Ergo’s Rosen framework is about 10 weeks away and will open more possibilities for bridging to other chains, including Cardano.

This article offers a brief overview of the latest Ergo Pulse episode. In fact, this document is mostly a teaser for the treasure trove of information that Chepurnoy, Hoskinson, Friedman and Armeanio presented during their discussion. Ultimately, this roundtable explored many of crypto’s first principles and reiterated why the world needs permissionless, trustless systems. Blockchain technology can allow users to verify any data, and if this is designed and constructed properly, it has the potential to improve the lives of everyone. Hoskinson talked about the need to explore how blockchain can recreate societal institutions to more effectively handle their complexities, and the others agreed that this technology has the potential to improve accountability and decrease the influence of bad actors - if properly constructed and utilized.

For those who are interested in learning more, please visit the Ergo Platform YouTube channel to watch this episode.