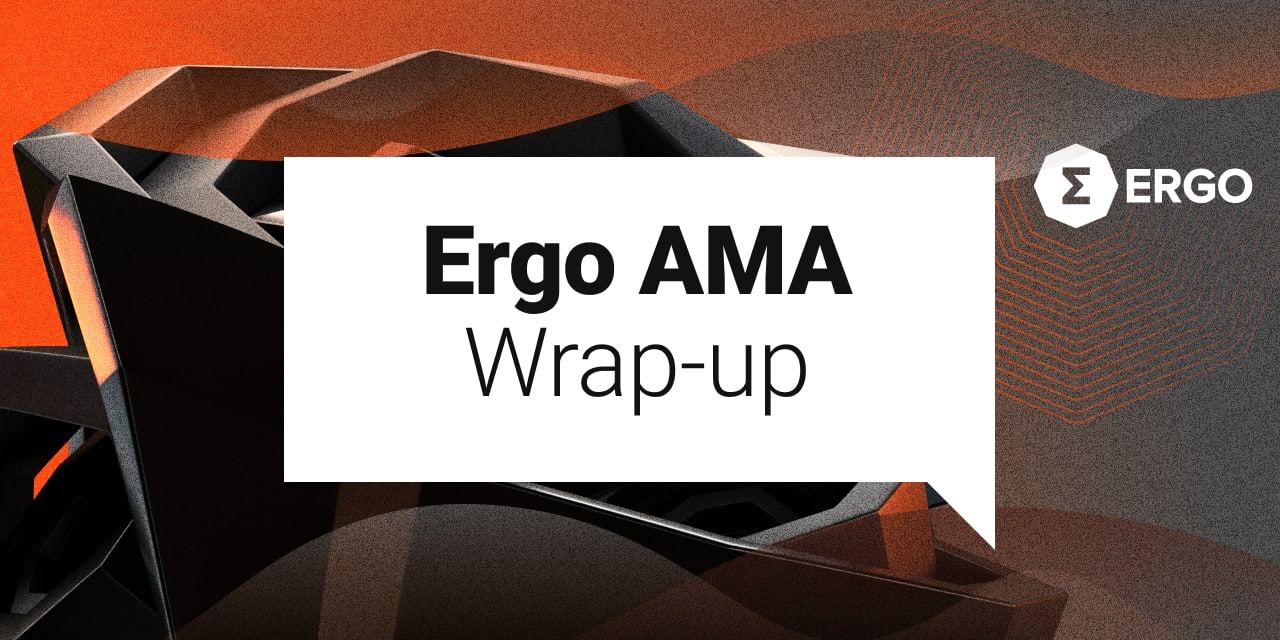 During the last AMA, Joseph Armeanio hosted the show solo since Dan Friedman was still working in Dubai. Although quite busy at the conference, Dan did take the time to record a brief update for the community.

Recording from his hotel room in Dubai, Dan revealed that it has been an eventful and productive week at the conference. He spoke on two panels and met some new people that he believes will be very beneficial for the Ergo ecosystem. His discussions included interactions with two new exchanges that are both “very good and up and coming” in the industry. Follow up conversations have continued since and there will be more details once Dan has official information that he can share. For the moment, Dan shared that he is confident something could develop from these meetings.

In addition to talking with new exchanges, Dan informed the audience that he had meetings with several different projects. Dan is working to get one particular project (Unigrid) to consider utilizing Ergo for their smart contract functionality. Unigrid specializes in distributed internet and Dan said that talks will continue after the conference. Other meetings have included discussions with various projects that work in identity solutions as well as supply chain tracking and traceability.

Regular viewers of Ergo AMA’s will note that Dan frequently discusses the importance of increasing volume and liquidity for potential exchange listings. During the conference in Dubai, Dan revealed that he has had very productive meetings with a couple of European liquidity providers he believes could assist in bringing more liquidity to the Ergo ecosystem. He said that conversations are ongoing and more will be revealed if the involved parties come to any agreements.

Dan concluded his pre-recorded updates by informing the audience that he will be staying on in Dubai for a second conference: ETHDubai. Building on the work he has already been doing in Dubai, he said he is looking forward to continuing to meet new people and projects while promoting Ergo at this event.

The following is a summary of questions posed by the audience during this AMA. Last week, Armeanio answered questions on Ledger support, measuring growth in the Ergo ecosystem, LETS, cross chain bridges, exchange listings, and much more. To view the full AMA, please head over to Ergo’s Youtube channel: https://www.youtube.com/watch?v=99Q36x_ZYM0

A few weeks back it seemed like Ledger support was just about to happen. What is the current situation with that?

What’s the most meaningful metric for understanding true growth in the Ergo ecosystem? TVL? Transactions per block? Value of transactions? Number of addresses? Or something that can’t be quantified?

How do you envision the first iteration of LETS operating? What would be the things you’d like to see most traded on a LETS?

Do you see any risk for the network security in the short term because of EIP-0027? I suppose that the total hashrate is going to drop proportional to the block reward reduction.

How are bridge developments going? Any ETA?

Why is it taking so long to list Ergo in another exchange?

How will we prevent network issues by noodle based tokens in the future?

Can you confirm or deny that Ergo is in the testnet phase with any exchanges?

Have you considered adding Ergo full nodes to Umbrel or Start9? It seems like it could capture some of the Bitcoin maxis attention.

How would the Ergo Foundation use their funds if Ergo mooned? How would they use it if it tanked?

What are your thoughts on BTC and ADA pairs on ErgoDEX? Do you like the wild wild west style or do you prefer dictatorships?

Is the Minotaur wallet going to be listed in the Apple App Store under the Ergo Foundation umbrella or individually?

Can you release any info on marketing plans? I know you guys have hired a marketing manager and would love to know some progress on this.

Is the Nautilus wallet officially approved by you?

Dan has mentioned before how he sees synergies working with other UTXO alliance members such as Nervos. What are your personal views on this and what use-cases would you like to see?

What are some dApp ideas you want to see made on Ergo?