ErgoHack III is Next Week! 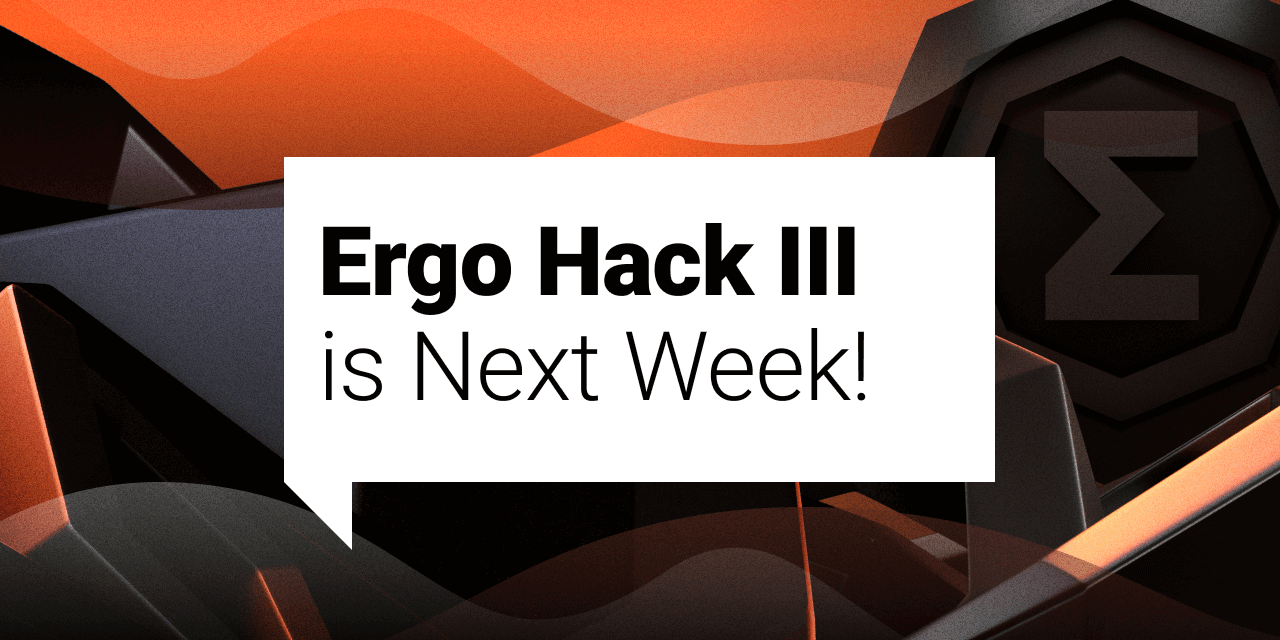 ErgoHack III registrations are now closed and we would like to thank everyone for their interest! It is truly exciting to see new developers and Ergonauts coming together to participate in the upcoming hackathon. We know that not everyone who was interested could find a team but we are pleased to see increasing engagement from developers. If you missed applying for this event do not hesitate to learn ErgoScipt, there will be more hackathons in the future!

The upcoming hackathon, ErgoHack III: Privacy and Security, will take place online on our discord channels. If you are curious about how Ergo developers are collaborating, take a look around the developer chats and ErgoHack sub-channels. All the core developers and most of the dApp developers are jumping from one channel to another, sharing and commenting on questions and ideas. Our lively dev-chat is growing ever stronger each day as we approach the hackathon!

In previous ErgoHacks, we have seen various projects strengthen their concept and design. These early participants are now the pioneers of decentralized applications on the Ergo blockchain. Here are some of the dApps that have evolved from previous ErgoHacks:

Statistically speaking, nearly 25% of ErgoHack projects have converted into a finished product. With each hackathon, participants have stayed on as community developers to build smart contracts on Ergo. Aside from the projects mentioned above, the Ergonauts community has also retained valuable developers who created ErgoScript tutorials, tracking tools, oracle pools and betting game initiatives. Some developers have even joined the ErgoDEX research team!

If this has piqued your interest, keep an eye out for updates during the weekend of ErgoHack III (February 11-13, 2022). There are currently eleven applications for the event and we are looking forward to seeing how the proposed projects unfold!