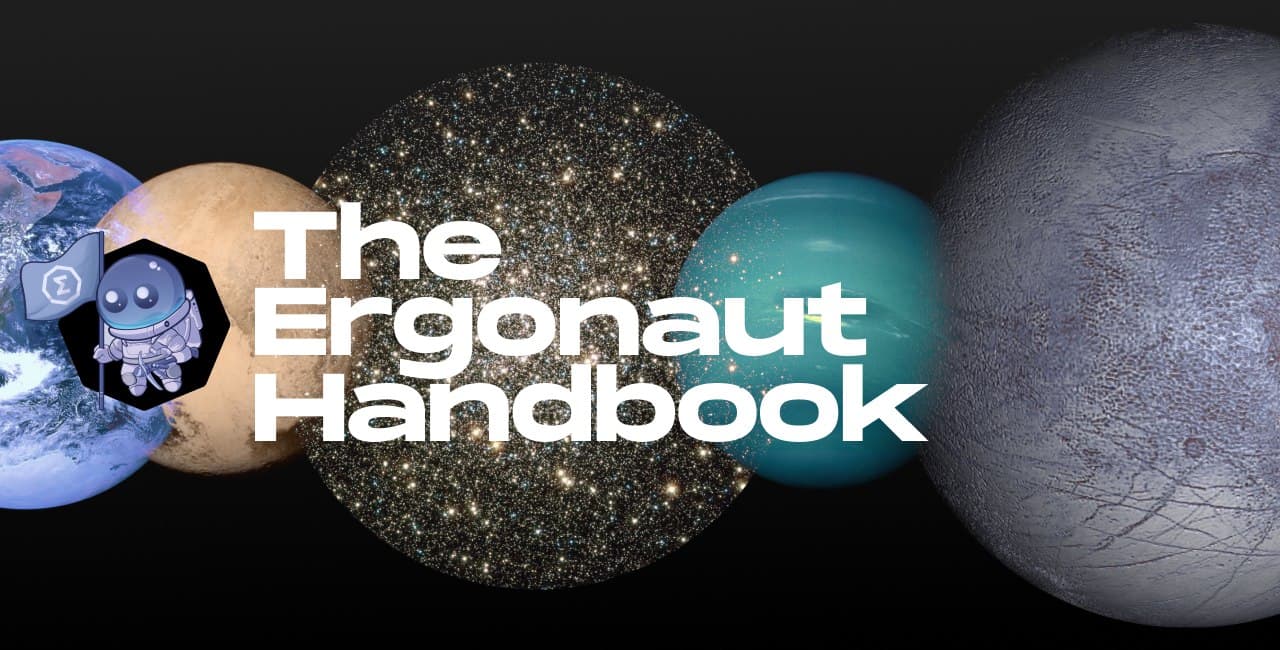 This resource serves as a starting point for anyone interested in learning more about the Ergo community. For more detailed information, please consult the most comprehensive handbook on the Ergo Ecosystem,ergonaut.space.

Ergo is an Unspent Transaction Output (UTXO) based Proof of Work blockchain for Smart Contracts that is built with its own unique language, ErgoScript. The language is built with Sigma Protocols, allowing for the use of a secure and flexible sub-class of zero knowledge proofs. Ergo’s approach to UTXO (called Multi-Stage Contracts) introduces time-weighted data, read-only inputs and the implementation of Non-Interactive Proofs of Proof of Work (NIPoPoWs) - enabling light clients and cross chain interoperability. The mission for Ergo is to develop all the necessary tools for a decentralized finance ecosystem. Ergo is a partner of Cardano and Emurgo and a member of the Blockchain Privacy, Security & Adoption Alliance.

The lead developer of Ergo, Alex (Kushti) Chepurnoy, has been in the blockchain sector since 2011. He has built various projects such as smartcontract.com (old Chainlink), NXT, Scorex and he is a researcher of IOHK with over 20 papers under his name. Academia and peer-reviewed research are paramount to Ergo’s success in building a robust blockchain.

Ergo’s Proof of Work is based on the Autolykos v2 consensus algorithm which is a GPU mineable cryptocurrency. Ergo did not hold any ICO in the launch and the genesis block started fairly without any VC funding. Ergo first went live on Waves and was mineable as the Ergo First Year Token (EFYT).

There were no pre-mined coins reserved for the Ergo Foundation. Ergo’s ecosystem is funded through a distribution model that designates  10% of the mining rewards to the Ergo Treasury until the end of 2nd year (of the mainnet launch). From this point onwards, the Treasury allocation will be halved every month for 6 months, afterwhich the Treasury will cease to receive any further allotment from the protocol. At the end of the distribution schedule, the Treasury funds represent only 4.37% of the total ERG supply. This model helps to build full decentralization.

The total coin supply is hard-capped at 97 million ERGs with an emission schedule of 8 years. This timetable, which is contrary to Bitcoin’s never-ending emission schedule, might seem very brief. However, Bitcoin is programmed to distribute 75% of its supply during the first 8 years, so Ergo’s emission design is not too far-off from Bitcoin’s. Rather than develop a protocol that continually mints coins as rewards for building the blockchain, Ergo has adopted a new and novel incentive for miners in the form of Storage Rent.

Token emission graphic can be seen below. 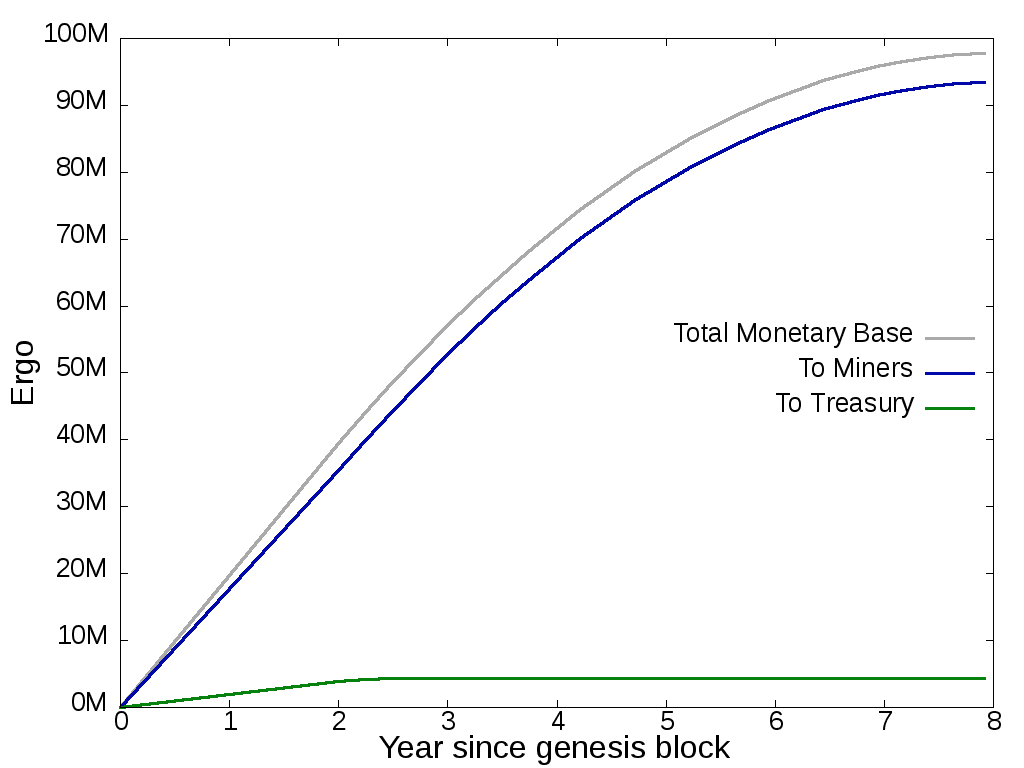 The ERG coin is the base layer currency for building and using smart contracts.

Every type of transaction such as NFT minting, smart contract deployment, and swaps will essentially be signed with ERGs. The circulation of coins therefore will be boosted even with other ecosystems choosing to use the Ergo Blockchain. With more DeFi services such as cross-chain DEX and oracle pools, the future sustainability of Ergo tokenomics will be secured.

Sigmaverse: sigmaverse.io is the decentralized applications hub of the Ergo Ecosystem.

Oracle Pools: Oracles are the messengers of blockchain networks. They connect off-chain and on-chain data and create the backbone of DeFi systems. Ergo has an UTXO based approach to oracles with oracle pools that will be cheaper and easier to access for decentralized information.

SigUSD: Ergo’s algorithmic stable coin application is based on the AgeUSD protocol. Smart contracts secure SigUSD’s peg to the US dollar by backing it with SigRSV reserve coins.

ErgoMixer: UTXO based systems have strong privacy features and ErgoMixer is a tool for people who want to protect their digital anonymity.

Ergo Auction House: Ergo’s NFT marketplace can be accessed at ergoauctions.org. Users can trade visual and audio NFTs easily with a non-custodial wallet.

ErgoUtils: Community made multi-purpose tool ergoutils.org is where users can mint NFTs, create custom tokens and use mixer-hops for privacy needs.

Zero-Knowledge Treasury: Ergo’s zero-knowledge vaults are for mutual expenditure and multi-signature wallets; it's a decentralized on-chain version of a collective bank, or an organization.

ErgoNFTs: A community made NFT display application where you can check your own NFTs.

NIPoPoWs: Non-Interactive Proofs of Proof of Work provide side-chains with light clients and enable cross-chain computations. Ergo.Meta, which is a cookbook for sidechains, will be soon published by Kushti.

Wallets that are endorsed by Ergo:

Readers can also refer to the following infographic about Ergo Platform’s Roadmap.

After the overwhelming success of our very first hackathon, ErgoHack, we are pleased to announce that plans are underway to organize a second one very soon.

ERG is currently listed on gate.io, coinex, bitcoin.com, waves.exchange, swop.fi, biki TradeOgre, HotBit, and KuCoin. ErgoDex will be launching very soon and the Ergo team is continuing to work on additional listings with other exchanges.