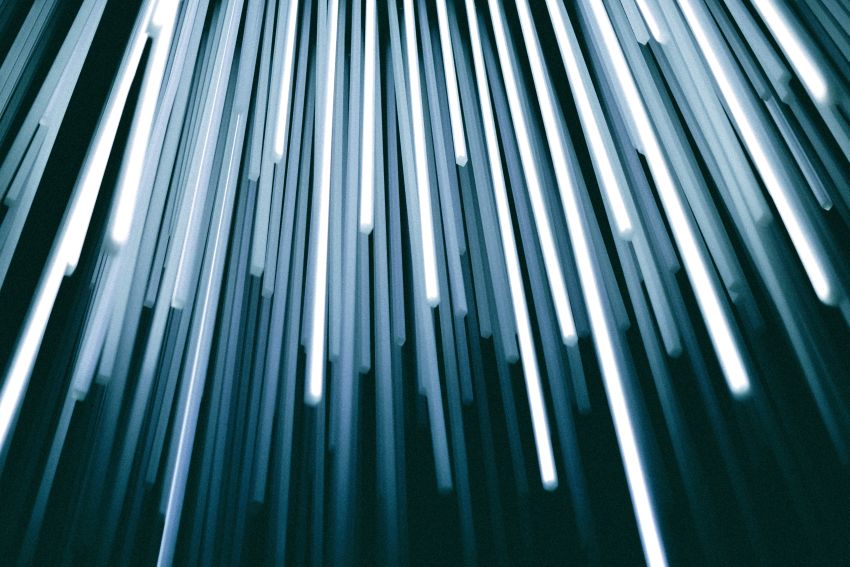 This is the first in a series of articles speculating on how the fast-emerging DeFi sector might evolve in the coming years.

The DeFi movement as it currently exists is only a few months old, and blockchain itself has barely existed a decade. Already, though, we are beginning to see themes crystallising and the first popular use cases becoming established.

As a DeFi platform that takes positioning for the future seriously, it’s important that Ergo has a vision – not only a sense of where things might be heading, but the role that it should itself be playing as these new decentralised financial services consolidate and grow in popularity.

While no one can know the future, least of all in this space, a number of trends, technologies, products and use cases are emerging, and it seems that these are starting to plot a certain trajectory. Allowing for necessary course correction as time goes on, where might we see DeFi end up in ten years?

Tokens will be the fuel for DeFi, and everything will be tokenised

One of the major themes that was becoming apparent, long before the yield farming craze brought DeFi to global attention, is tokenisation. We already have blockchain tokens representing cryptocurrencies and digital assets, and the first shares and other securities have been issued on the blockchain. The benefits are such that the direction of travel is clear. Sooner or later, everything will end up as tokens.

For regular, fungible (interchangeable) assets, a regular token will work. Fiat and cryptocurrencies, shares, bonds, precious metals, ETFs, CBDCs – these will all be freely available on the blockchain.

For other assets, NFTs will proliferate. When you buy a car, house, painting or other unique item of value, whether digital or physical, there’s a good chance that transaction will also include a blockchain token.

These tokenised assets will place on the blockchain trillions of dollars of value that are currently ‘stuck’ offline, illiquid or impossible to buy or sell outside of certain limited circles and circumstances. This pool of tokenised value will represent the fuel of the Defi economy: assets that can be traded frictionlessly, borrowed against and leveraged using decentralised protocols that probably won’t look so very different to the ones we use today.

Since these assets will be tradeable on centralised and decentralised exchanges, digital identity will also become an increasingly important theme. This will link blockchain addresses with offline identities, enabling individuals and corporations to operate in a way that is compliant with relevant regulation. It will also allow the automation of tax and accounting processes. To date, digital identity has been an overlooked element of the DeFi ecosystem – likely due to the use of centralised platforms that can conduct KYC as a condition of use. We’re fast approaching a point where that is no longer a given, with the growth of new forms of decentralised exchange and the increase in volumes moving to these platforms.

Stablecoins will become embedded elements of the blockchain

One of the biggest use cases for DeFi – and again one that is often overlooked – is stablecoins. These exist in many forms, and rely on a range of approaches: centralised and decentralised, collateralised and algorithmic, fiat-backed, and so on.

Whatever your preferred approach or view of stablecoins, they are here to stay. They have found use cases as a store of value, especially for traders, and as a popular form of collateral for yield farming.

What they haven’t been widely adopted for, yet, is as an integral part of blockchain infrastructure. Transaction fees are almost always paid for with the native blockchain token. Not only does this fluctuate in value, but so does the amount of it required per transaction, depending on both the complexity of the transaction itself and competition for space in the next block. Clearly, this complexity is not conducive to mainstream adoption. End users are best served by simplicity, with minimal burdens for managing multiple tokens. They will want to pay transaction fees in a stable unit of account, and not have to worry about handling the native blockchain token.

The solution? An integrated stablecoin that, to most end users, is the most important token on the platform.

As a result of this need, it seems likely that we may start to see a two-tier system evolve more clearly. A blockchain such as Ergo will have a native token, which will serve as the underlying currency of payment, just as occurs now. For the most part, though, these will only be handled by more experienced users. These expert users will maintain the technical and financial infrastructure of the DeFi space. For example, they will mine and use the native token as collateral to create a stablecoin, which can be sold into the market for general use, in return for tokenised assets of all kinds.

Regular users will then use the ‘native stablecoin’ in all their business, as a kind of standard reserve currency. It will be used to buy other assets; it will be lent to users against other tokenised assets as collateral (houses, cars, real estate and much more); and it will be used to pay transaction fees.

The miners who receive this native stablecoin can hold it as it is, to pay for electricity and hardware costs, or they can convert it back to the platform token or other assets – that is up to them.

These are just some of the themes we are starting to see emerging in the DeFi world, and how they might develop over time. In the coming weeks, we’ll explore various other ideas as the space continues to evolve and Ergo launches new technology.