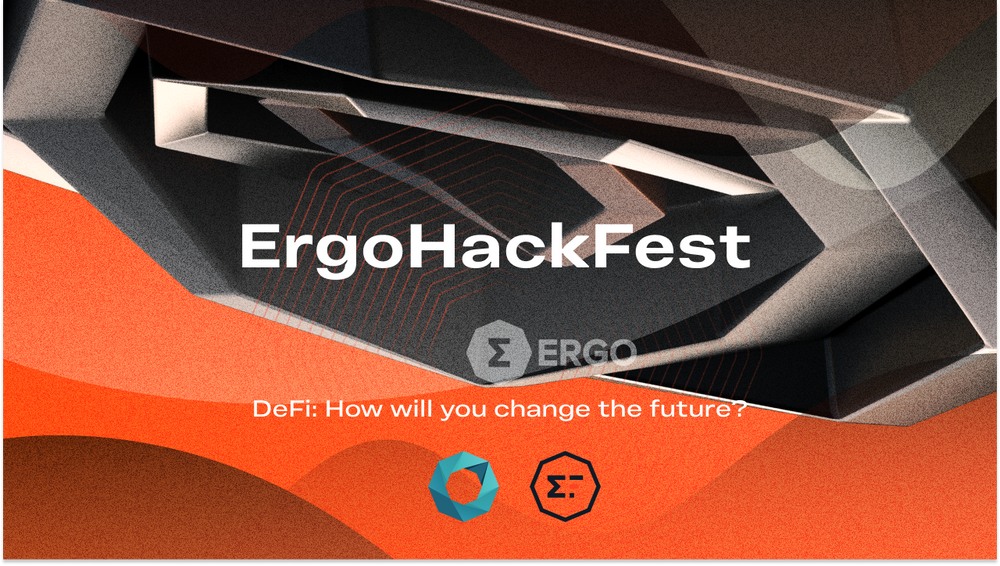 Featuring the largest prize pool yet, ErgoHack Fest is co-presented by the Ergo Foundation and ErgoPad

Are you a developer? Or maybe you have a business idea you would like to explore in the blockchain industry? If so, you need to know about the upcoming ErgoHack Fest. Ergo is the next step in the evolution of blockchain. It combines the UTXO model of Bitcoin with the smart contract functionality of Ethereum to produce a robust, rich and expressive programmable blockchain without the need for high gas fees.

Developer activity on Ergo is among some of the highest in the blockchain industry, and a lot of it has been due to the incredible success of ErgoHacks. In just under a year, these hackathons have yielded some of the most utilized infrastructure on Ergo, including wallets, an IDO launchpad, NFT marketplaces, a raffle platform and much more!

What has been especially encouraging for the development of the Ergo Platform has been the fact that most of the participants often become fixtures of the developer community. Many of these talented developers continue to build on Ergo, working collaboratively with other developers on various projects.

This is truly an embodiment of the first inspirations of Ergo and the Ergo Manifesto. Ergo was built for everyone, and we are witnessing the continued growth of one of the most welcoming and collaborative communities in the blockchain industry.

The next iteration of ErgoHack is entitled ErgoHack Fest, and it is co-presented by the Ergo Foundation and ErgoPad. Like previous Ergo hackathons, this event will allow teams of up to six people to participate. If you are a solo participant and would like to build a team, please visit the Ergo Discord Server after applying to find possible teammates.

Potential participants are welcome to submit applications that introduce new projects/tools to Ergo, or they may propose improvements and/or changes to pre-existing projects on the blockchain. All ideas are welcome!

The prize pool is the largest yet for ErgoHack and it features the following:

There are also additional prizes from our partners and several honorable mentions worth 200 SigUSD and 100 $ERGOPAD.

Do you have an idea for ErgoHack Fest? Don’t delay! ErgoHack Fest begins on May 9! Head over to the website today and apply now!