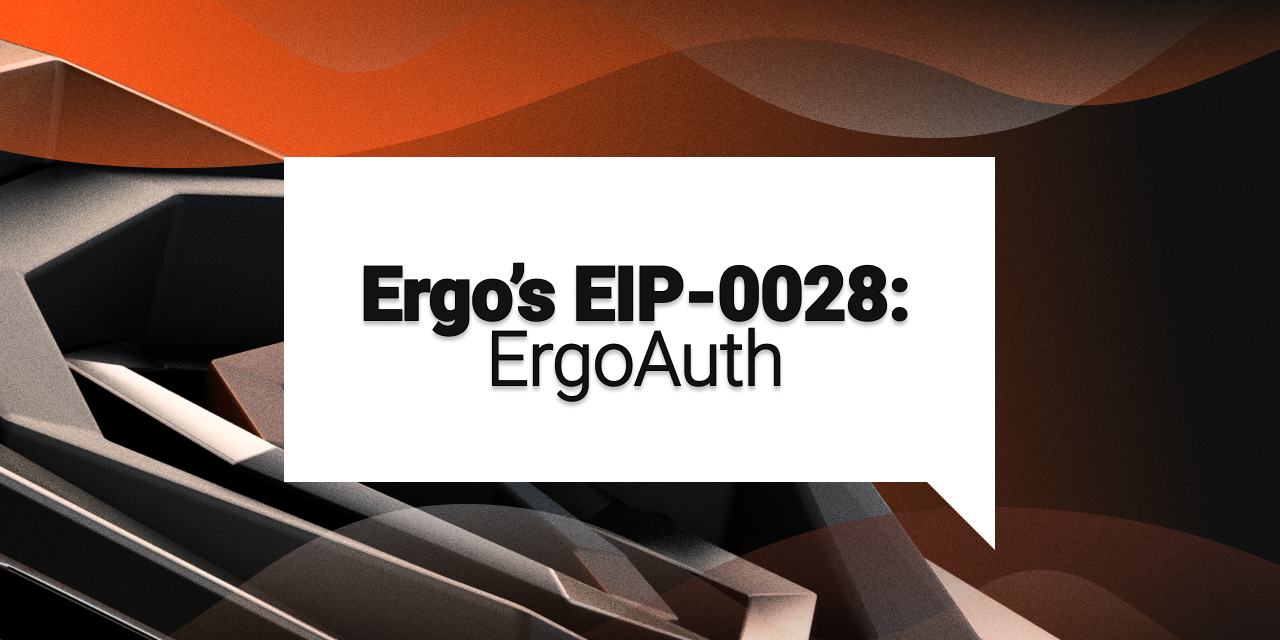 When discussing blockchain, it is important to remember that wallets are completely anonymous. On Ergo, you do not know who owns a particular wallet. Due to all transactions being public, this is an important aspect of blockchain wallets - if you know who owns a wallet, you can see all of their assets, transactions and any other wallets that they interact with.

That being said, there are situations when it might be handy, or even necessary, to prove who has access to a certain wallet. One possible scenario is when interacting with games on the blockchain. A common situation can arise when tokens are used as game elements, and only players owning certain tokens can participate in specific actions. How can it be known if a player actually has access to a wallet that they pretend to have?

To help with this issue, Ergo core developers proposed EIP-0028 ErgoAuth. It is already implemented in Appkit, Ergo’s SDK, and will be integrated in the upcoming release 1.9 of the Ergo Wallet App.

ErgoAuth bypasses the need to make a transaction on the blockchain by defining a similar protocol directly between a wallet application and a server run by the party in need to authenticate a user. It works as follows: