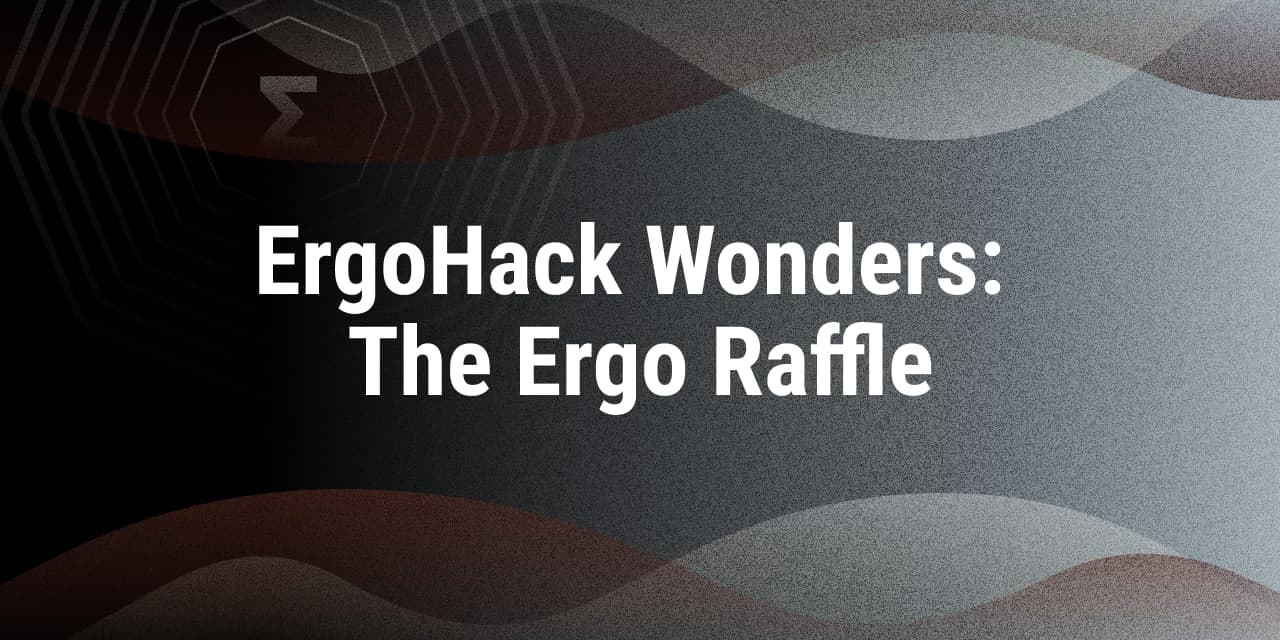 One of the best aspects of Ergo is the community, known across social media for its welcoming spirit, friendliness and very high concentration of tech-savvy members. The event that brings this community together like few other things is Ergo’s hackathon: ErgoHack.

For the level and variety of the participating talent as well as the passion in the community’s involvement, the Ergohack could well be the Olympic Games of Ergo.

Even though there have only been two ErgoHacks so far, the number of dApps and solutions that have resulted is staggering. Of these, one of the most popular has to be the Ergo Raffle, which was also the winner of the first Ergohack in June 2021.

The Ergo Raffle’s genius lies in its simplicity; it appeals both to our greed and our generosity. It sets up a game that can result in us either holding the winning or losing ticket but knowing we have helped a potentially worthwhile cause.

The amounts going to the winning ticket and the chosen charity vary from raffle to raffle - but you don’t need to be a charity! A lot of raffles have just been launched for fun.

To this day - keeping in mind Ergo Raffle has only been out for a couple of months - over ten raffles have been successfully funded for charities for a total of about $15,000.

Keeping true to the Ergonaut spirit, the community has focused on environmental, educational and humanitarian causes for Ergo Raffle. These include, but are not limited to, restoring the Mau Forest in Kenya, buying school supplies for disadvantaged children, financing a hydroponics garden for a high school and helping a Chechen school fund their computer based learning program.

Furthermore, on more than one occasion, the Ergonaut community has extended its help to other crypto communities, such as Cardano.

One of the more successful Raffles was held to benefit the Wichì families of Chaco, Argentina. An Ergonaut reached out to Cardano Community member and friend CryptoGirlB, who operates the Cardano Stake Pool “WHITE”; this pool has famously and consistently been donating 100% of their pool rewards to Fundacion Espiga. A raffle was set up and within 48 hours the goal of 150 ERG was reached. By the end of the raffle the number had climbed to 170 ERG. The amount that has gone directly to Fundacion Espiga is 155 ERG which will help feed, clothe and finance housing for the Wichì community.

Espiga is now fully equipped with their own ERG wallet which will allow them to accept donations from the Ergo Community, be it through raffles or private initiative.

We all want to change the world for the better and Ergo is giving us the tools to level out the playing field. Ergo Raffle has taken that suggestion and is already shining, mere months after its conception.