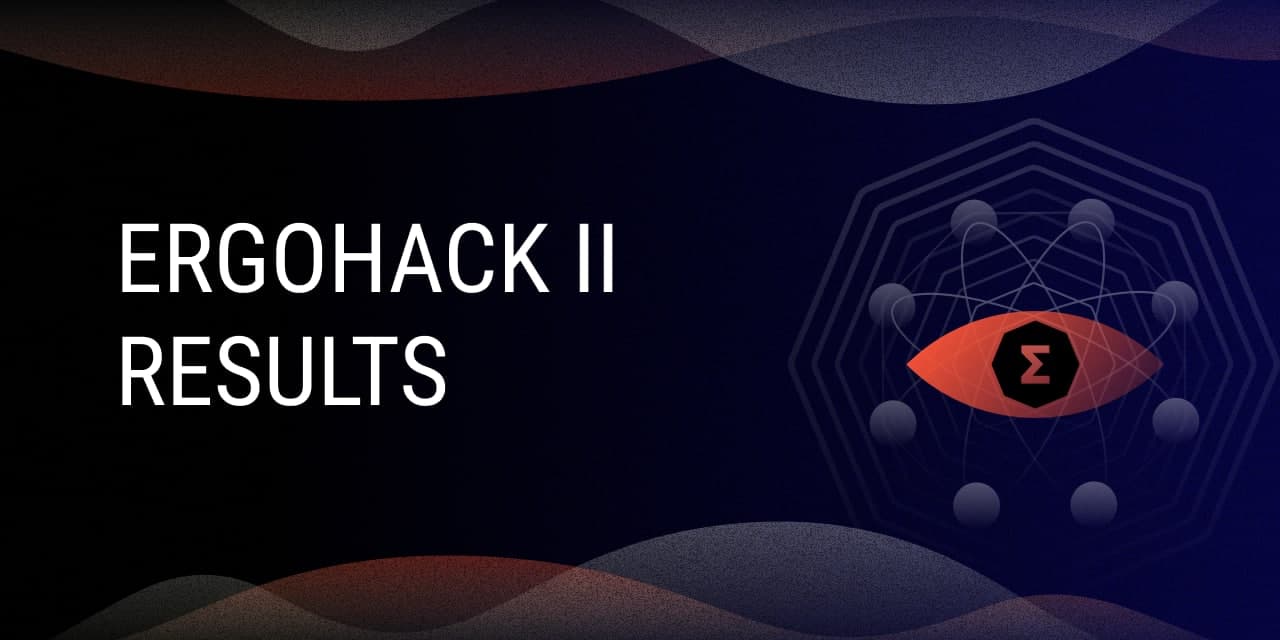 ERGOHACK II was a huge success and it gives us great pleasure to announce the winners of the event! ErgoHack projects were evaluated on their idea, code, progress, and possible social impact. Based on these criteria, the judges have awarded the following:

The Ergo-Lend project aims to build a peer-to-peer lending platform that will remove the need for collateral when borrowing. The team's initial idea is constructed around “charitable lending,” whereby the model relies on trust between counterparties. As a first of its kind on Ergo, this lending application brings another important financial tool to the blockchain. During the course of ErgoHack II, the project team was able to complete most of the ErgoScript implementation.

Uncollateralized lending is still in its infancy in the field of cryptocurrency.  Ergo-Lend was awarded  first place as their approach coincides with the notion of social transformation and their robust implementation of ErgoScript. The conception and inspiration for  the project can be studied in their Ergo-Lend Documentation. Additionally, interested parties can visit Ergo-Lend’s mock-website to see their user interface.

Second place was awarded to the Ergo-Subpooling team and their idea for smart-contract-based mining pools. The team was formed by miners who are willing to create an on-chain mining pool with zero fees and verifiable equal hash rate distribution among miners. Their target users are solo miners with small farming rigs. Ergo-Subpooling also aims to increase decentralization by cutting the need for centralized mining pools.

They presented an impressive understanding of ErgoScript/AppKit and they had already started test-runs. The full proposal of the project can be found at Ergo Subpooling.

The  third place winner of the ErgoHack II was the Hype-10-Use (Quid Games) team and their proposal to develop a betting game on Ergo Platform. This proposal is the first attempt at bringing games to Ergo. Quid Games will be a betting game similar to what we have seen in the now famous Netflix series, Squid Games.

The team has already made excellent progress with ErgoScript implementation. The judges decided that the MVP progress and the project roadmap were also promising. For more information on this unique project, readers can review the initial proposal here: The Quid Games.

Thanks to all Ergonauts for making this event possible. We are already excited for the next ErgoHack and we hope to see you there too!