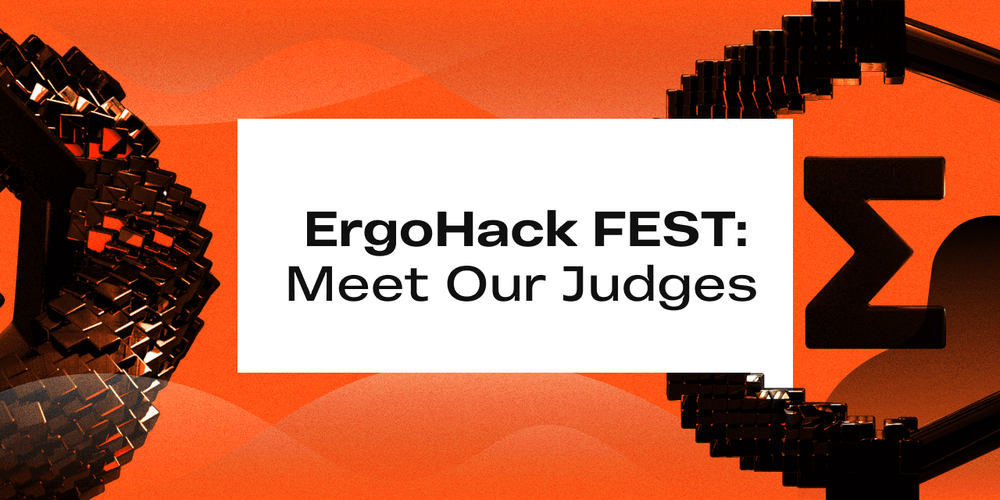 After three incredible weeks of activities, it is now time for our adjudicators to review the work of our ErgoHack Fest participants. There are so many amazing projects from the recent hackathon and we can not wait to see the results. As we wait for the judges' decisions, let’s take a moment to introduce the esteemed panel that will award the prizes.

Alex Slesarenko (morphic) is an ERGO Foundation Board Member and graduate of Applied Mathematics from Udmurt State University. He has extensive experience in software development as a team leader, architect and researcher. He worked as Team Leader at Huawei Research Lab, focusing on developing languages and compilers for high-performance big data processing. Alexander is a Blockchain Core Developer and Lead Developer of ErgoScript at ERGO.

Marty is one of the co-founders of Ergopad. His goals with the platform are to give development teams better access to funding so that they can build on Ergo and help grow the ecosystem. He believes in the initial philosophies of Bitcoin, namely freedom from third-party intervention and manipulation of global financial systems. He would like to help Ergo expand on this philosophy as much as possible by providing extensive DeFi tools to the end-user. With ErgoHack Fest, he is primarily interested in each teams' contribution to the growing Ergo codebase and functionality, and how these new tools can help developers or users access the underlying features built into the Ergo network protocol.

Mohammad (mhs_sam) has a PhD in computer science and over 12 years of experience in security and software development as a product owner, researcher, and team leader. He developed the ERGO mining softwares, Stratum server, and ergopool (smart contract based pool to bypass pool-resistance of Autolykos v1) and became an ERGO Foundation Board Member in 2020.

Anon_real is an anonymous developer in the Ergo Ecosystem. They have been active in Ergo since 2019 and contributed to several projects. They are also the developer of Zero-Knowledge Treasury, Ergo TX Assembler, Ergo Utils, Ergo Auction House, and ErgoTeam. Anon_real has contributed to the extension of EIP-004 (which is about asset standard), and has proposed EIP-0022 and EIP-0024, which address the auction contract standard and artwork standard.

Ilya Oskin is an experienced software engineer and he has been a core developer at Ergo since the launch of the project. Ilya has a degree in Economics from The Russian Presidential Academy of National Economy and Public Administration. He is also the supervisor at GeekBrains, an online educational platform devoted to blockchain development.
Ilya is the founder of ErgoDEX where he is currently working as the lead developer for the project.

Bruno studied Electronics Engineering and Computer Science at Instituto Tecnológico de Aeronáutica, pursued his MSc in Computational Logic at TU-Dresden and TU-Vienna and received his PhD in Computer Science at TU-Vienna. Before joining the cryptocurrency space, Bruno was an active and accomplished researcher in the fields of Logic, Automated Reasoning and Proof Theory, at Inria, TU-Vienna and Australian National University.

Stay tuned for the results!