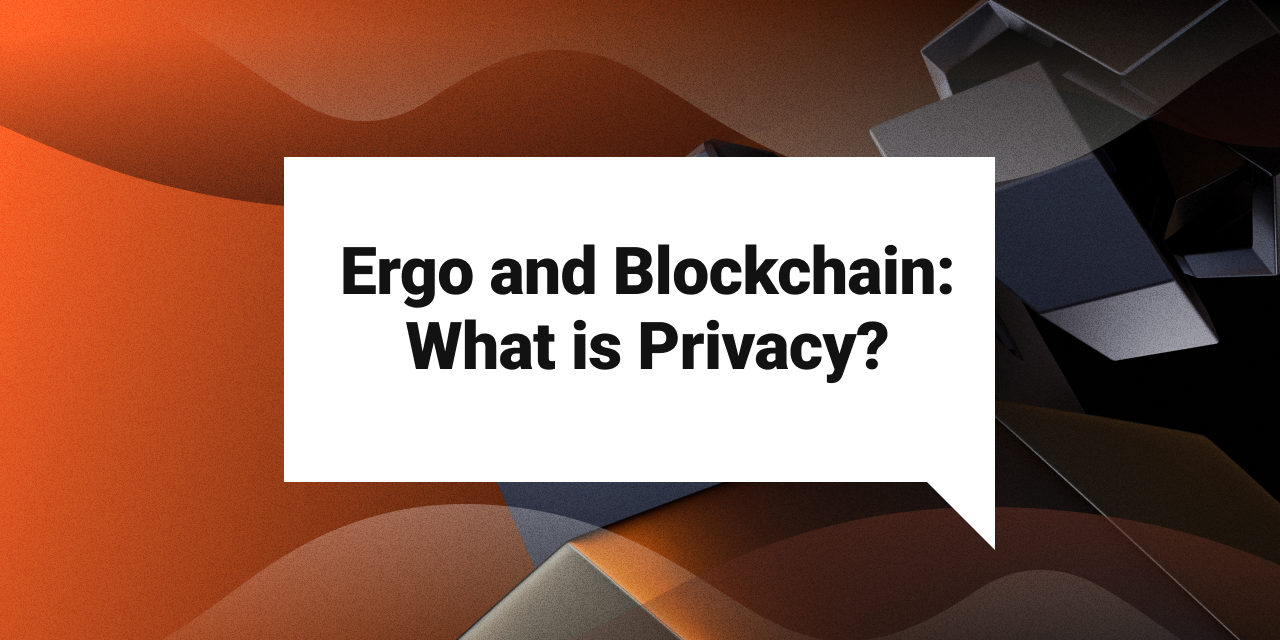 Over the past decade, countless reports from government regulators and the mainstream media have painted a rather dark narrative surrounding the crypto community. That is, cryptocurrencies are for criminals. They claim that private, cashless, electronic payment systems are more useful to drug dealers, terrorists, or sex workers than they are to average people. Without getting into the government’s views on drug use or sex work, true crypto enthusiasts understand that this narrative is dishonest. In reality, Satoshi Nakamoto’s Bitcoin Whitepaper cites unethical behavior on behalf of the US government, not its citizens. Why then, does the government oppose the privacy of its citizens?

First, it is important to understand what privacy is. There are many definitions; some focus on moral, legal, or even economic grounds for the right of an individual to maintain control over their property, ideas, and identity. For all of these reasons and more, the Stanford Encyclopedia of Philosophy settles on privacy as “the ability to determine for ourselves when, how, and to what extent information about us is communicated to others.” This seems rather straightforward; privacy means that we are in control of who has access to the details of our lives and to what extent. The law does provide citizens protection from others' prying into our personal lives, but it stops short of true privacy.

It is likely that many readers do not realize that the US constitution does not explicitly guarantee citizens the right to privacy from the government. The 4th Amendment only protects you from unreasonable search and seizure by law enforcement, with the caveat that they can “reasonably” search and seize your property if they suspect criminal activity. Even the so-called Privacy Act of 1974 simply ensures that the government will not give your information to other citizens once they have it.

At first glance, it may seem reasonable that the government should oppose private crypto transactions. How else could they prevent terrorist activity? How would they collect taxes if all people had to do is remain anonymous? Besides, why would anyone need to hide their information if they haven't done anything wrong?

The truth is that these arguments are paper thin. Should we ban “anonymous” cash transactions for fear of terrorism? That level of fear would imply that the terrorists have won already. Do you really think the government tracks every transaction you make to calculate your tax bill? They are not capable of doing so currently, but, to George Orwell’s dismay, the prospect of Central Bank Digital Currencies makes this a real possibility.

Even the slightest effort can reveal how these arguments against privacy fall short. They assume that people are binary - that they are either Good or Evil. People making this sort of claim are being inauthentic, at best. At worst, they are willing to sacrifice their freedom and individuality in order to prove their willingness to comply.

The Panopticon was a concept created by Jeremy Bentham in the 1700’s, where a large tower was placed in the center of a town. Inside that tower were guards, who could observe any of the townspeople at any given moment. This level of surveillance and fear comes with the profound consequence of changing people’s behavior. Bentham’s thought experiment demonstrated how the perception of an overseer instigates compliance and docility in the population. This manipulation has very little to do with the moral standing of citizens. Rather, it establishes fear, because so long as people are willing to comply and forsake their individuality, they are harmless.

At the bottom, this is why governments fear privacy. It enables citizens to challenge the authority of the governing body by acting discreetly beyond its rule to pursue original ideas. This is exactly what Satoshi Nakamoto envisioned when he created Bitcoin. For him, and for many who maintain the original cypherpunk ethos, the point of crypto was never to make one rich - but to make you free.

“If only there were evil people somewhere insidiously committing evil deeds, and it were necessary only to separate them from the rest of us and destroy them. But the line dividing good and evil cuts through the heart of every human being. And who is willing to destroy a piece of his own heart?

During the life of any heart this line keeps changing place; sometimes it is squeezed one way by exuberant evil and sometimes it shifts to allow enough space for good to flourish. One and the same human being is, at various ages, under various circumstances, a totally different human being. At times he is close to being a devil, at times to sainthood. But his name doesn't change, and to that name we ascribe the whole lot, good and evil.”