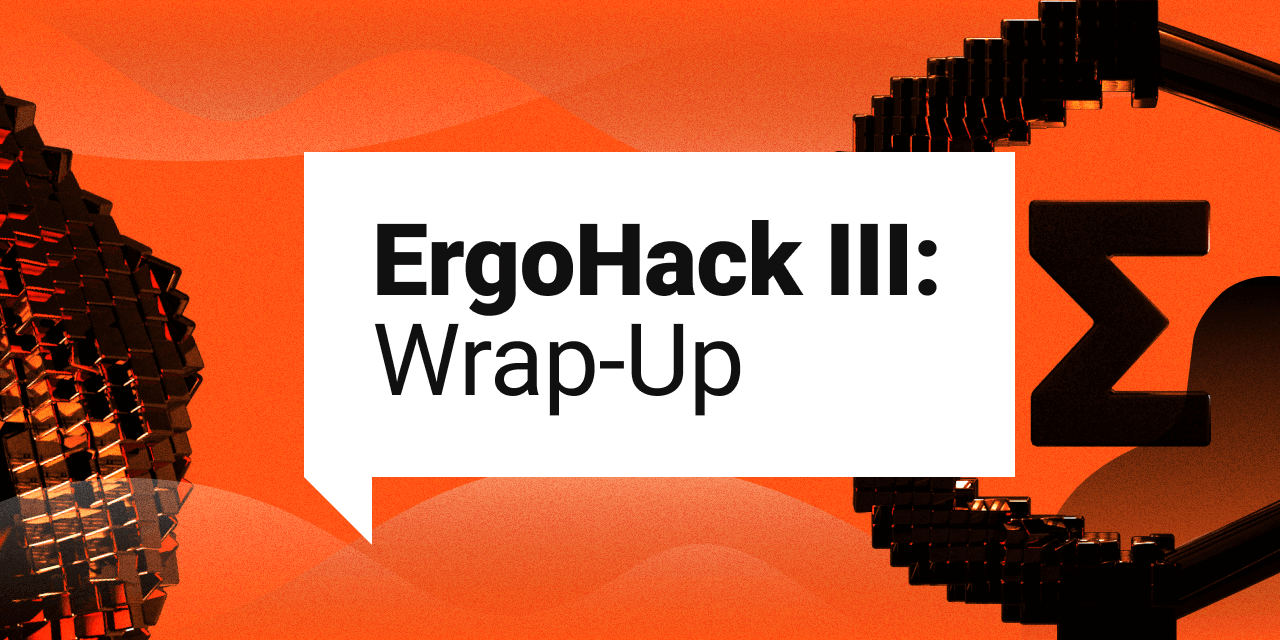 See docs.ergoplatform.org to access the final submissions of the participants in their entirety.

Nautilus is a community-initiated web-extension wallet that will work similarly to Metamask. As most Ergonauts know, Yoroi has had problems with syncing, often operating slowly and without an integrated dApp connector for a very long time. So, Captain Nemo came along and started building this wallet. During ErgoHack III, Nemo was everywhere, in almost every chat room with other participants, helping with the Nautilus wallet dApp connection. Nautilus will also have NFT minting and coin mixing directly within the wallet.

An Ergo full node wallet is quite advanced for a non-tech person to build and operate, but sometimes it is preferable to host a desktop wallet application. Satergo wallet is built to enable easy deployment of a full node wallet with just a few clicks. During the hackathon they worked on implementing Ledger support.

SAFEW, as the name suggests, is a fast alternative to Yoroi. The team also implemented the dApp connector, mixer and Ledger support is almost ready.

As the name suggests, the team is building a casino on top of Ergo. During the hackathon they worked on UI, swap, liquidity, roulette and coin flip. They did a remarkable development on ErgoScript with a user-friendly interface. They prepared a competitive analysis with Casino dApps outside of Ergo. They also proposed a Proof-of-Concept with integration of ErgoMixer. ErgoMixer integration will allow private use of the dApps.

The AnetaBTC project generated a lot of popularity in recent weeks with their record-breaking airdrops of up to five thousand transactions in a single block. They are a wrapped BTC project that is building on both Ergo and Cardano blockchains. During ErgoHack III, they improved their front-end, token bridge and anetaBTC wallet. On top of that, they developed the Tosi Drop - an easy-use tool that will facilitate Ergo native token airdrops.

GuapSwap is the first product to offer a mining payout swapping service on the Ergo Blockchain. It is a fully decentralized smart contract profit swapping service. To use GuapSwap, the client either interacts with GuapSwaps UI or they run the client on a personal node. Guapswap supports multiple mining pools, and it will be directly connected to ErgoDEX.

Oracle Pools on Ergo are open-source and can be deployed by anyone. They operate very cheaply, costing only a transaction fee and without a token burn mechanism. Even though you can easily deploy oracle pools, a person still needs to write a couple lines of code. During ErgoHack III, the Delphi team made oracle pool deployment an even easier process. They aim to create a hub of oracle pools for all people to deploy their own oracles and join other oracle pools. They are also developing analytic tools to access different data sets of the oracle pools on Ergo.

The Hypo10Use team is building the Quid Games - a decentralized app that is a survival game based on the popular TV series Squid Game. The project aims to utilize the advanced cryptographic features of the Ergo platform to provide a fun but challenging game. Hypo10Use started developing the contracts during ErgoHack II, and they have progressed from their previous hackathon entry by continuing to debug and make UI improvements.

Ergo-DNS is a decentralized domain service on the Ergo blockchain. Web 2 domains are sold by centralized services such as GoDaddy, but users will be able to mint NFT domains directly from their private wallets with Ergo-DNS. In the future, domains will be an asset that can be tradable on an NFT market place like Ergo Auction House. Similar to .eth names, Ergonauts will be able to get their Ergo Names using smart contracts.

The SkyHarbor team worked on UI improvements, the dApp connector and fast minting. They are planning to implement verified artist pages to prevent fraud. Buying, selling, and minting contracts have been constructed.

Stealth-addresses are addresses that one can create via their private wallet address. They are useful when the receiver does not want to share their address while receiving a transaction. People or institutions can use this for privacy-preserving commerce or private crowdfunding to protect themselves from being targeted by malicious actors. For this, they created a sign-in approach that can be used with any wallet, rather than using the wallets produced for stealth-address use. The project is continuing to research and develop. The problem is that it is different from sending a private transaction because your address needs to scan the stealth boxes to receive the transaction. The team developed stealth-scanner and UI integration in ErgoMixer. https://github.com/aragogi/Stealth-doc

Team 2 tried to implemented the approach from the formerly proposed stealth-address design in the Ergo forum.

The Castanet project is taking a wider approach to building dApp infrastructure. It aims to make dApps more composable. To build this out, they use a coloured petri net for smart contract orchestration and testing from the heads-and-tails contract example for generalizing the concept from there. The scope of the project is bigger than a hackathon project.

The SuSy team did not end up submitting to ErgoHack. Due to the recent Solana Wormhole hack, they are reconsidering the use of Wormhole.