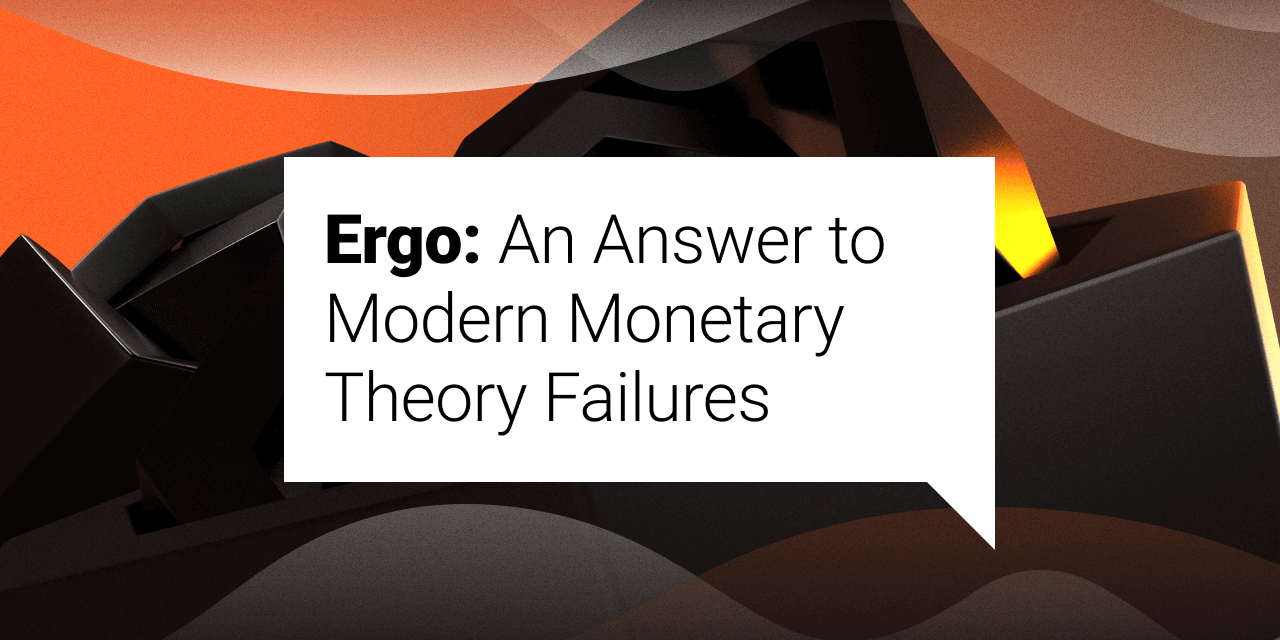 In 2008, an unknown group or person released a peer-to-peer store of value and named it Bitcoin. Since then, the world’s understanding of money and financial systems has been disrupted. Until Bitcoin’s creation, we needed central banks to authenticate whether a store of value (money, commodity or stocks) was real or fake. Moreover, we needed other third-party institutions to execute international money transfers. Even a simple operation like sending or receiving money generates many fees and not everyone has access to globalized banking tools. With the development of smart contracts, cryptocurrencies can provide an alternative to a system that continually favors only the wealthy and powerful. Ergo is designed to be an open, secure and permissionless financial platform that is accessible to everyone.

Who controls the money in our pockets? During the Covid-19 pandemic, the Federal Reserve was buying 90 billion USD monthly bonds from US markets. That’s right, $90 billion was pouring into the USA equity markets each month. This amount is more than the yearly GDP of most countries and it was going to stocks from out of nowhere. In exchange for the bullish stock markets, the countries that did not hold big sums of reserve currencies faced severe inflation that was transferred from developed countries.

A quick history lesson: the USA left the gold standard in 1971. From that point on, the world witnessed increasing financialization in markets. Debt-to-equity ratios increased and more inflation rolled out to future generations at the expense of capital growth. Institutions were issuing more and more financial instruments and synthetic money in the form of futures, options and similar products. Balance sheets for these institutions ramped up but the salaries of individuals did not mirror the phenomenon. 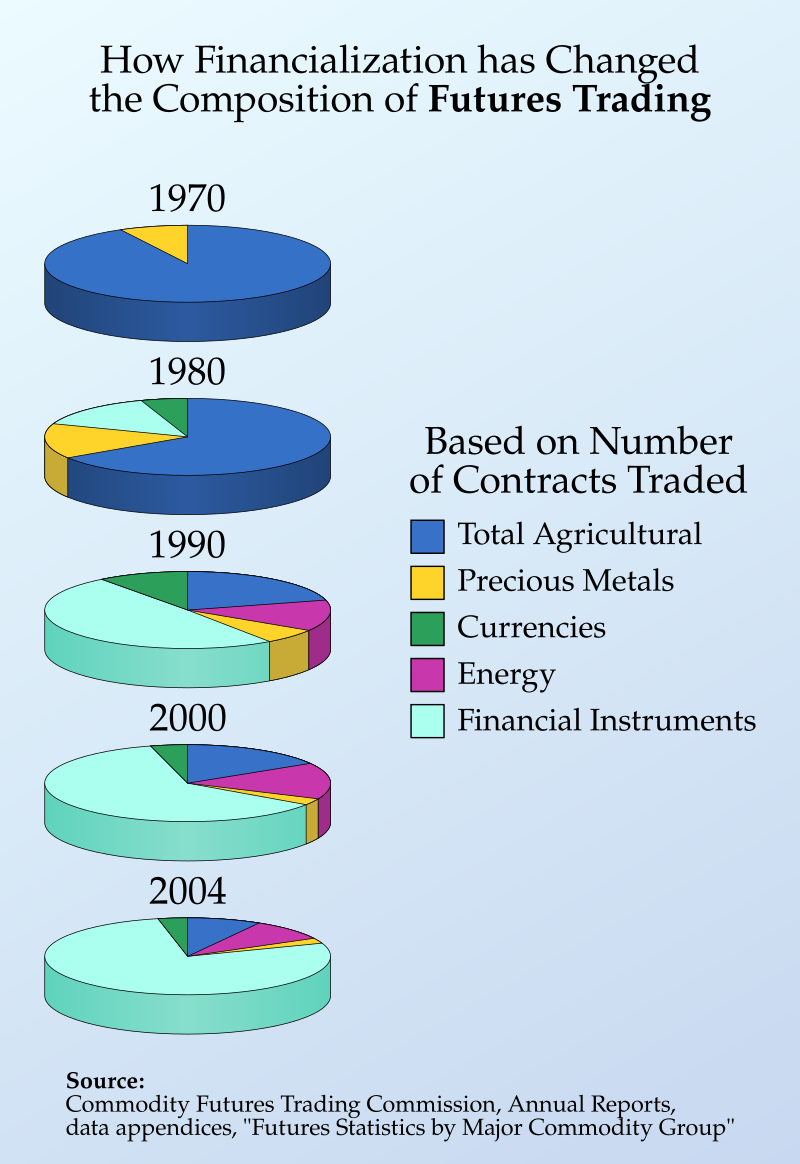 Money printing is not only in the form of cash.

There is a rapid increase in the amount of synthetic financial tools that can be used as collateral in markets. However, these tools are not open to retail due to significant risks. These assets are called “near-money” because they are less liquid than money.

Rising costs are leading younger generations to become more aware and anxious about their financial futures. In the 1970s, it was much easier for people to own houses with a salary. However, we see that today’s economy is pushing people into poverty with housing prices that are rising faster than incomes. 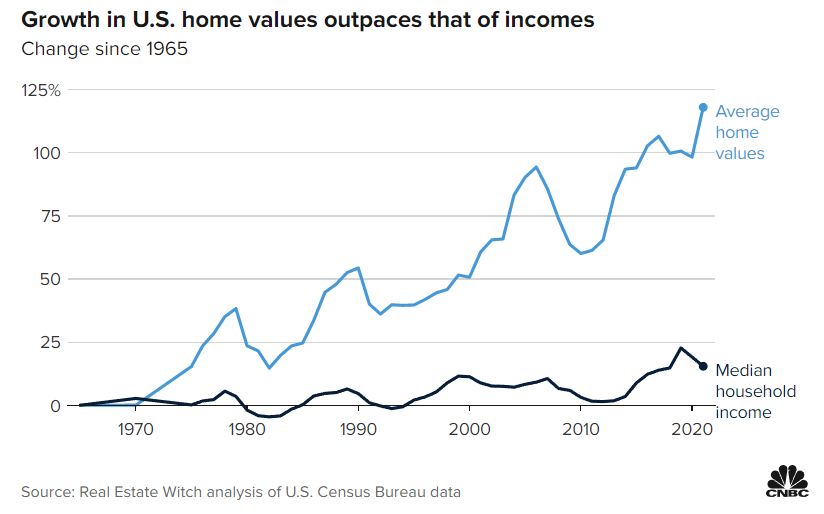 The hypocrisy would be comedic if it were not for the consequences of this situation. Someone who is economically unstable can not access stable markets while someone who is economically stable can easily access risky markets. We see an increasing gap between the two sides of the economic spectrum. People should be able to make their own decisions and access more economic tools for their financial well-being. Localization should be less of a problem in the 21st century since we are connected at the speed of light.

How Do Cryptocurrencies Solve the Problem?

Bitcoin was the primer for the liberation of the financial future. If a government bans cryptocurrencies, people can still buy and sell these assets through peer-to-peer channels. For the first time in history, ordinary people have access to global financial instruments. People in countries with high capital controls and local currency volatility have an option to hedge against the uncertainty of their economic conditions. Bitcoin is hard-capped at 21 million coins and it is not possible for bankers to change this status.

Bitcoin was just the beginning. Shortly after, Ethereum was founded to give people even more financial tools to protect their stability in global markets. Decentralized finance is a broad term that defines both a decentralized currency and other financial tools like lending markets, insurance markets, exchanges and tokenized assets. The idea of decentralized finance was truly remarkable in terms of building platforms far away from the reach of centralized institutions. Bitcoin and DeFi offer an option for people to make their own bank, a proposal that has made Wall Street “suits” furious as it slowly removes the power of control from their influence.

The Ergo Platform was built upon the idea of permissionless decentralized finance. To protect people who use blockchains, it was necessary to introduce more complex design choices. An open and permissionless public blockchain is the necessary platform for people who want access to global financial markets but it does so by giving up a significant degree of privacy. If privacy is not preserved, savvy investors with big capital can easily track our activities and front-run our transactions to profit from information asymmetry.

Ergo leverages Multi-Stage Contracts on the UTXO model to power decentralized finance platforms. Ergo’s UTXO model supports people with various financial tools by giving an option to protect their privacy. Ergo also provides a good inflation hedge - there will never be more than 97.4 million ERGs in circulation. Ergo had a fair launch with no-premine and with only a 4.37% of funds allocated to ecosystem development (released over the course of two and a half years through the mining protocol).

The current structure of financial markets is broken. A small number of elites can easily access every aspect of the global market - to the detriment of the average citizen.  Blockchain technologies now offer the tools for ordinary people to protect themselves. Ergo aims to be a leader in this market by continually building tools and features that promote and maintain decentralization, privacy and open access.