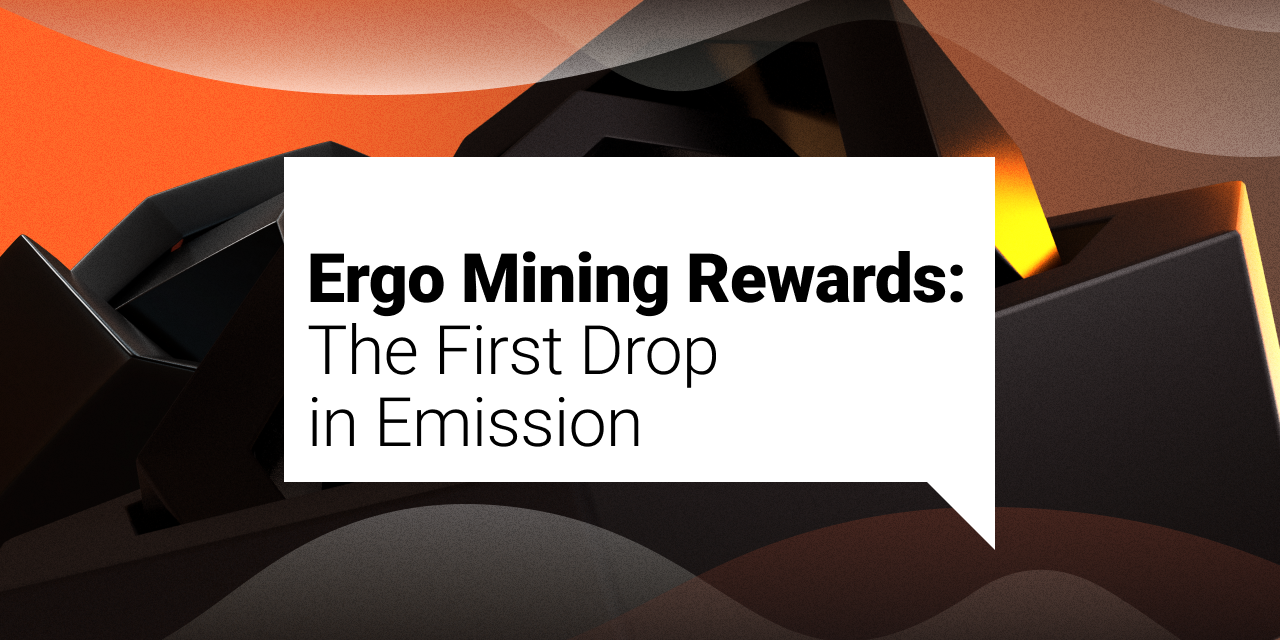 Ergo mining rewards experienced their first drop in the emission schedule on January 2nd, 2022 with block 655200. With this reduction, miner rewards have been reduced from 67.5 ERG to 66 ERG per block. The reduction rate of 2.2% may seem relatively low (compared to halving events), but this is the first modification of the supply that Ergo miners will experience.

Aside from the mining rewards reduction, this is also an important block for the Ergo Foundation and the Ergo ecosystem. Technically, the first drop in emission happened in July 2021 during Ergo’s second anniversary but it only affected the ecosystem treasury allocation. As outlined in the next section of this article, there have been several reductions in the emission but none of those affected the amount reserved for mining rewards. From this point on however, the ecosystem treasury will no longer receive any ERG allocation from the mining rewards.

Initially, block rewards were 75 ERG, of which 67.5 ERG were allocated to miners and 7.5 ERG went to the ecosystem fund. The first reduction saw a drop of 3 ERG, resulting in each block producing 72 ERG. The next drop occurred 3 months later and reduced the number to 69 ERG per block. These reductions in emission only affected the funding of the ecosystem treasury - all the mining rewards remained steady at 67.5 ERG per block. Until now, miners have not experienced any reduction in block rewards.

Now, with this third reduction in the Ergo emission schedule, block rewards have dropped below 67.5 ERG and the treasury allocation has dropped from 1.5 to 0 ERG. This means that the Ergo Foundation will no longer receive any allocation from the mining rewards. Going forward, the reduction rate in the emission curve will accelerate every 3 months - the next drop in emission will be from 66 to 63 ERG - a reduction of 4.5%.

At this moment, the emission is first set to be finished in the next 5.5 years. However, Alex Chepurnoy has recently suggested extending the emission curve to create better predictability for future mining rewards. Chepurnoy has published an Emission Soft-Fork Proposal on the Ergo forum and it is strongly encouraged that community members, especially miners, participate in the discussion.

Below, readers will find an excerpt from the soft-fork proposal and a graphic introducing the proposed changes to the emission schedule.

“So let’s assume that starting from block 700,000 (better to take something related to mining or emission epochs, but okay for starters), emission reduction is done via following rules:

With following rules, starting from block #1,562,400, effective emission will be 3 ERG.

Considering that re-emission contract will pay 3 ERG per block also (starting from 2,080,800), thus creating a long tail starting from block #1,562,400, we are getting ~29.88 more years of stable rewards (so ~38 years of emission in total, starting from mainnet launch), so before year 2057 miners will have stable part of income. “