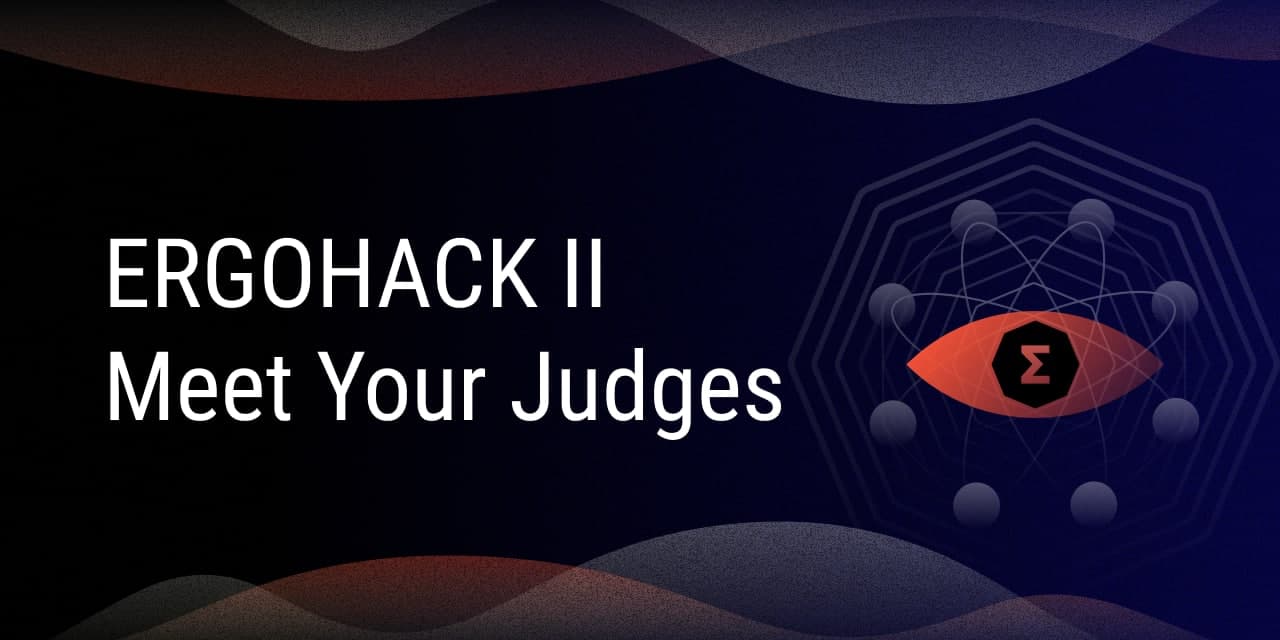 From October 8-10, we witnessed incredible collaboration and development for our ErgoHack II hackathon.

As the ErgoHack II results will be announced soon, we would like to present our jury team to Ergonauts:

Robert Kornacki has been an ERGO community member from day one and has been involved with Cardano since 2017. In 2019, he became a dLab/EMURGO Fellow, following that up in 2020 as EMURGO’s Head of R&D and a board member of the ERGO Foundation. In 2021 he co-founded a new crypto development company, dcSpark.

Robert has worked on numerous projects within the Ergo ecosystem including oracle pools, the headless dApp framework, ErgoScript by example, ageUSD and more. He has also conducted extensive research on the possibilities for the eUTXO model.

Bruno studied Electronics Engineering and Computer Science at Instituto Tecnológico de Aeronáutica, pursued his MSc in Computational Logic at TU-Dresden and TU-Vienna and received his PhD in Computer Science at TU-Vienna. Before joining the cryptocurrency space, Bruno was an active and accomplished researcher in the fields of Logic, Automated Reasoning and Proof Theory at Inria, TU-Vienna and Australian National University.

Ilya Oskin is an experienced software engineer and he has been a core developer at Ergo since the launch of the project. Ilya has a degree in Economics from The Russian Presidential Academy of National Economy and Public Administration. He is also the supervisor at GeekBrains, an online educational platform devoted to blockchain development.

Ilya is the founder of ErgoDEX where he is currently working as the lead developer for the project.

Stay tuned for the results!